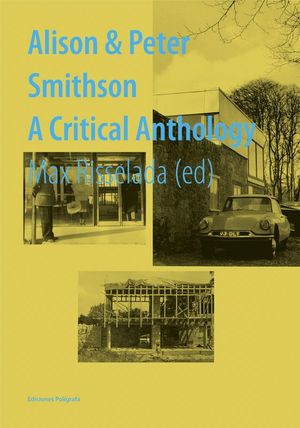 Alison (1928-1993) and Peter Smithson (1923-2003), two of the most influential and controversial architects of the latter half of the twentieth century, strove to adapt the progressive ideas of the pre-war modern movement to the specific human needs of the period of post-war reconstruction.As younger members of CIAM (Congrés Internationaux d'Architecture Moderne), and as founding members of Team 10, they were at the heart of the debate on the future course of modern architecture. The uncompromising modernity of their Hunstanton Secondary Modern School (1949-1954) heralded the Smithsons' role as the leading exponents of the New Brutalism and the Pop Art movement of the 1960s. In this book Risselada has collected together the most important published essays about the career of this partnership of British architects, from early contributions by Rayner Banham, Philip Johnson, Kenneth Frampton, and Peter Cook, to more recent texts by Peter Eisenmann, Christine Boyer, Beatriz Colomina, and Luisa Hutton.